The Value Mine crossborder event was organized  16th June 2022 as a hybrid side event of Euromine Expo in Skellefteå, Sweden.  The event attracted participants from industry, SMEs, and other actors to hear and discuss the mining industry´s digital future. This post focuses on mining industry talk presented by Mari Pilventö from Hannukainen Mining Oy. Previous posts were Sitra, Bosch Rexroth, Boliden, Epiroc, and this is the last industry talk post. Next week our Value Mine series will end with a bang - SME talks! Remember to come back for that!

In her presentation, Mari talked about the challenges and opportunities about reopening an old mine in Kolari.

Hannukainen Mining Oy is subsidiary of Tapojärvi Oy and it was founded to run Hannukainen Mine. Tapojärvi is a family-owned company founded in 1955. The company has 805 employees, 450 vehicle units and a turnover of approximately 150 millions. Tapojärvi operates in three different countries: Finland, Sweden and Italy. In Finland they work in Kemi Mine, Tornio steel plant, Kittilä Mine, Kevitsa Mine in Sodankylä, Sotkamo Silver and Siilinjärvi Yara. In Sweden they work in Jällivaara and in Italy in Terni.

Hannukainen Mine is an old mine located in Kolari in northern Finland, near the border of Sweden and Swedish city Pajala. The mine was last active a few decades ago between 1975-1990 and now Hannukainen Mining is trying to reopen it.

- Iron, copper and gold are essential materials in our modern society, and as the world is at the moment, we see it is quite essential to have this mine working again, says Mari.

A domestic mine is important to secure Finland’s industrial self-sufficiency and utilization of domestic natural resources sustainably.

Tapojärvi bought Hannukainen mine in 2015 and back then they thought it would be open in 2019. But things didn’t go as planned and now they are hoping the mine could be opened in the next few years. Currently Hannukainen Mine is in the permitting phase where permitting process and detailed planning is ongoing.

- Hannukainen mine would be great for Kolari and the nearby areas in Finland and Sweden, because it would offer 300 permanent jobs for 20 years and during the construction the mine would offer 500 jobs, highlights Mari.

The purest multi-metal mine in the world

-We are hoping the Hannukainen Mine will be the purest multi-metal mine in the world. And now we have all the time in the world to make that happen also, states Mari.

Hannukainen Mine is one of the most important potentials of known unexploited copper deposits in Europe.

- Usually copper comes usually outside of Europe, far places. We should try to be a bit more local, hopes Mari. -Also iron ore from this mine is premium quality and it would be important to get to markets.

The Hannukainen project is planned to be on two different sites that are connected with conveyors.

-We invest around 5 million euros in research and development work every year, reveals Mari. - We have about 20 people in Tapojärvi whose job is to find new solutions.

Currently Tapojärvi is researching for example in these areas:

Hannukainen Mine is one of their circular economy projects, but they also have many other interesting projects ongoing. Their WELE recycling plant is now in demonstration phase and it has 100 times larger intake than conventional mining.

-We are working at the moment with many small companies and universities and we are very open for collaboration, states Mari. 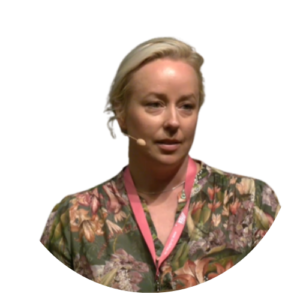